It started with a box.

Well, actually it started with a swing-set that came in a box, but the swings are unimportant. (Any parent knows, gifts are always less interesting than the package they came in.) 😉

The box, of course, was more than a box; it was a boat, and a spaceship, and all the things that the vivid imaginations of children turn boxes into. And then it rained on the box.

So the box became a flat piece of cardboard, and it was a stage, and an island and…well, you get the idea.

And when he picked it up, Artist squealed, “Look under the box! Look! Look! What’s that?” And I looked. And I saw something gray and fast darting toward Misteris.

I’m gonna be honest…I shrieked and ran toward the house, and shouted to the girls, “Stay inside!” 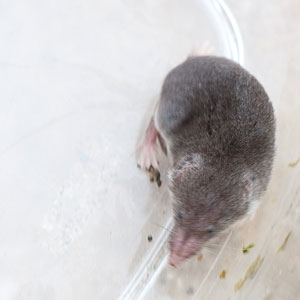 Misteris, however, bent down to catch the thing. And asked me to get him something to put it in. I was fairly upset that this would require me to head back toward the thing after having reached the safety of indoors. I mean, I appreciate the great outdoors; it looks great through the window of Starbucks while I  enjoy my caramel frapp. But I have no desire to be all up in the middle of the great outdoors. However, I also need my girls to go play outside every day and give me a few minutes of peace and quiet, and having them scared to go out just won’t do. So I had to risk an attack by the evil spawn of a rat and a cockroach. Yes, scenes from the Cockamouse episode of HIMYM were running through my mind. 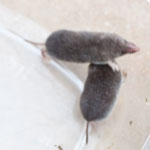 So I took a plastic container out to Misteris. And he caught the thing. And a second thing. Yeah. There were two of them. Each about two inches long. Misteris speculated that they were something along the lines of baby moles. And then he said something that included the word, “Parents!”

OH MY WORD! I’m really amazed with myself that I didn’t scream bloody murder as I imagined full size mole parents descending on us in fury over the capture of their babies!

Fortunately, Misteris, seeing the panic in my eyes, clarified that the two he’d captured were parents. There was a nest of baby things in the grass that had been under the box. I approached the spot with trepidation. But then, oh my goodness, the baby things  were adorable!!!! 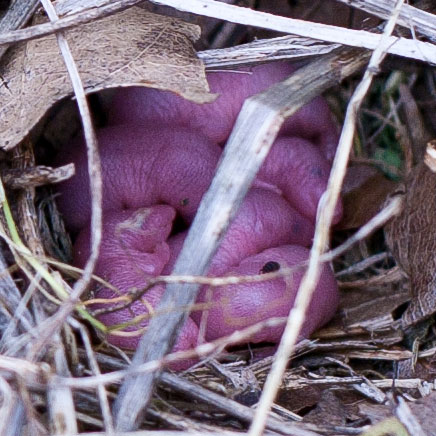 You guys, they are so tiny!!! In the picture below there’s a roly-poly (or pill bug, or whatever you want to call it) to the left, just to give you an idea about their size. Artist and Boo were SO excited! So Misteris let the parent shrews go and put the box back over the nest, after I took some pictures, of course.

I figured I should stop calling them things, so we came inside and  googled until we finally discovered that they are Southern Short-tailed Shrews. The girls eagerly devoured all the information we could find about the shrews, and still can’t stop talking about how awesome it is that we were lucky enough to find some in our backyard.

I’m pretty sure they prayed and thanked God for our good fortune. 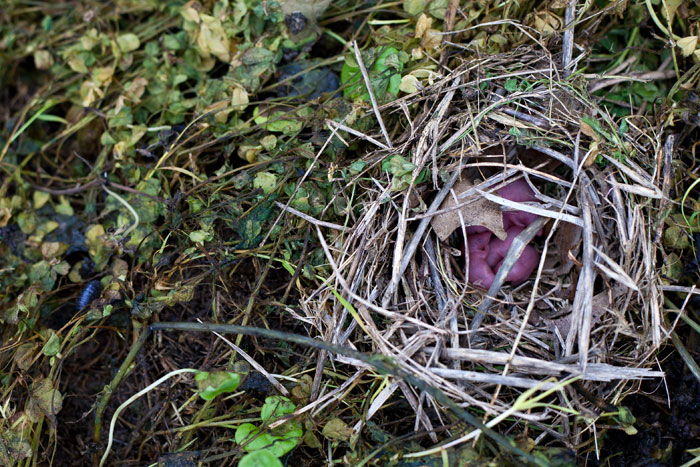 Now, honestly, I couldn’t sleep that night because I just kept imagining the shrews taking over. I pictured myself stepping outside to find swarms of rodents tunneling up from their secret underground world hidden just beneath the surface of our backyard. (Fine, they’re not actually rodents, whatever. Yes, I know I have an over-active imagination.)

I also had nightmares about Misteris lifting up the box to check on them in a week and discovering that the shrew family had been eaten by snakes who had taken over their hiding spot and started their own little snake family in our backyard. I’m shuddering just thinking about it.

But ya know what? I never let on to my girls that I thought it was anything other than cool and awesome that we found shrews, and that, my friends is what I call being a super-mom! Go me! I’m pretty sure I deserve a giant latte for my valiancy!

One thought on “Backyard Shrews”