My girls are frustrating “the bejiggers out of me” as Artist would say!

Right now they are taking a bath together, and pestering each other to no end. They claim they’re having a good time, but I am sick and tired of having to run in there to see what has made one of them start screaming at the other every 27 seconds! 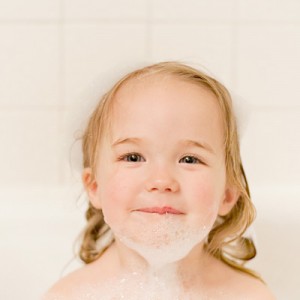 I finally decreed that the next time EITHER of them screamed or whined or fussed they both had to get out, so they’d better start being super nice to one another if they want to keep playing.

Their response to this was to try to pick apart exactly how nice they had to be, tell me how everything up to that point was ALL the other one’s fault, or determine precisely what the consequences would be for being mean (“So, you’re saying we’d have to get out, but not go to time out?”).

UGH!!!!! Are you kidding me?!?! I don’t want to spell out every detail, just be SUPER nice! End of story! And then I realized, that’s kind of how we are to God, sometimes.

Love your neighbor! “Yeah, but, I mean…exactly who is my neighbor?” (Hey, I didn’t say this was anything new.)

Give to the poor!  “Well, which poor?” I mean, surely not the homeless guy on the corner, cause I think he might be scamming me.”

Don’t judge! “Now, God, let’s talk about this a second. Surely you didn’t really mean to be COMPLETELY non judgmental of everybody! Cause, that Mom over there doesn’t vaccinate! Or spank! So, obviously she’s raising wild, hippie freaks!”

You may have noticed by now that I’m not very good at concluding my posts, so I’m just gonna let that hang there awkwardly and go have some iced coffee! 😉