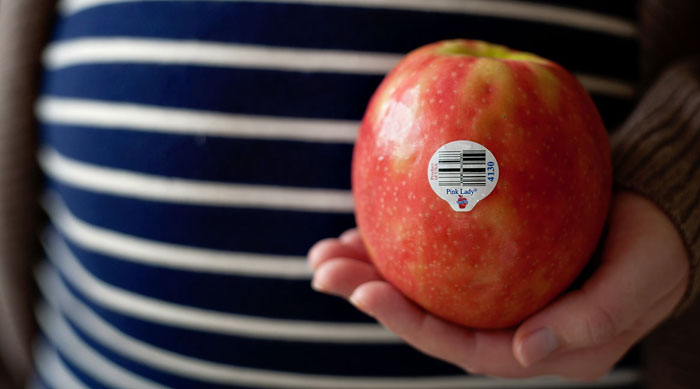 Happy Monday!!! We had our 20 week ultrasound last week and found out that Apple is a “Pink Lady.” 😀

Can I just admit something here? I’m SO ecstatic and relieved  that we’re having another girl.  I have no idea how I would have handled the news that Apple was a boy. I mean first of all, we’d have had to choose a different nickname. And we’d have had to buy all new clothes. He’d be riding around in a pink carseat, cause that’s just too expensive to replace. And we couldn’t find a single boy name we loved…the poor guy would’ve just been called, “He who has not been named.” 😉

But more than all of that, I just didn’t want  a boy. That’s a super horrible thing to say, isn’t it? I’m 100% certain that we’d have loved a boy immeasurably…but probably not before I went through some sort of a melt down/freak out crisis.

I’m a girl mom. It’s what I know. And from the very beginning all we wanted was girls. Misteris too, I promise, he has no secret desire to keep trying so he can get “his” boy, and I’d love it if all the annoying strangers would stop asking that, especially in front of my girls, indicating that somehow they must not be good enough. Anyway…it’s not that I have anything against boys because I really, truly don’t. And I’m not super girly…I’ve never been a big fan of pink,  or bows,  or daintiness.  I just really, really love the idea of raising four girls. Four SISTERS.  I’m over the moon about it.

So if anyone out there is expecting a baby and struggling with wanting  a particular gender, but you feel saying so would somehow be wrong…I hear you. I get it. It was so stressful before when people would ask what I “wanted” but of course expect an answer along the lines of, “Oh we just want a healthy baby, gender doesn’t matter.” Because of course that statement is 100% true…except that emotionally I still felt like I would cry if we found out we were having a boy. Having three  girls already, I could play it off a bit, “Well we’re kinda hoping for a girl because we have all the girl stuff, ya know?” Insert a casual chuckle like I don’t really even mean that very much, I mean buying new stuff, no big deal, whatever. 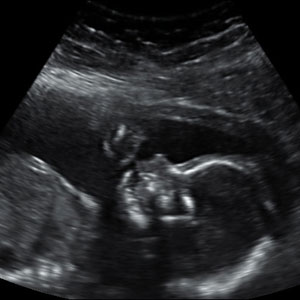 Artist and Boo were totally honest about their opinion, praying, “God pleeeeaaase give us another sister…pleeeeaaaase make Apple be a girl!” But I’d already spend the first twelve weeks praying fervently for us to simply NOT have another miscarriage. And incredibly grateful when we didn’t. When you’re covering your baby in prayers for protection,  for health,  for being knit together perfectly and not moving on to Heaven before I ever get to hold her in my arms,  well, praying for a particular gender just seemed too selfish. Too unimportant. Which meant the feelings I had of being scared  the ultrasound tech would say “It’s a boy!” and expect me to grin with glee (rather than holding back tears) had to be stuffed down deep inside and ignored to the best of my ability.

Hmm, yeah…that got a bit heavy, huh?  I didn’t quite mean to go there this morning. Let me finally get back around to the main point I was planning to make. We are all OVERJOYED to be having another girl! We’re not going to “keep trying for a boy” (we were never trying for a boy).  We’re not begrudgingly stopping at four despite the fact that we never got one of each gender. We don’t feel like our family is incomplete because we “only” have girls. We’re not scared of what it will be like when our four girls get older. Misteris doesn’t want pity over being in a house full of so many girls (I mean, he wants a house with more bathrooms before they all get too much older, but who wouldn’t? 😉 ).

We couldn’t be happier! Celebrate with us, won’t you?!?!

We love little Apple soooo much! And like I said, I’m 100% certain we’d have loved a boy, too…but please don’t feel bad for us that we have all girls! If you look up thrilled  in a thesaurus, I could use every single one of the synonyms to describe how we feel about having four girls  (okay, technically the only synonyms listed for thrilled  are elated  and atingle  and I’d never use the word atingle  but you get the gist!!! We are thrilled and elated…and all the excited, happy emotions! 😀