It’s Father’s Day! We’re relaxing at home today cause the amazing father of my kids has shingles. Boo. 🙁

And I’m currently trapped here at my desk because Smiles is napping in my lap. I was perusing a few lists of “Best Literary Fathers” but none of them included all my favorites, so I decided to put together my own list. They all happen to be from “Children’s” books…by which I mean anything from board books for babies up through Young Adult, which for some crazy reason are all clumped together as “children’s.” Whatever.

Oh, and I include some spoilers, so if you get to a book you haven’t read, proceed at your own risk. 😉 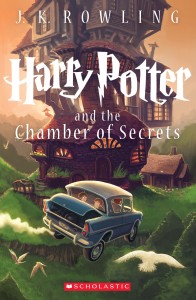 I think this one’s pretty obvious. He may be eccentric, but he’s also loving & protective & sprightly…plus he fights against Voldemort & his goons as a member of “The Order of the Phoenix.” He also says things like, “What, exactly, is the function of a rubber duck?” What’s not to love? 🙂

2. Big Nutbrown Hare from Guess How Much I Love You.

Yeah, so BNH totally puts me to shame. The book starts, “Little Nutbrown Hare, who was going to bed, held on tight to Big Nutbrown Hare’s very long ears.” Did you catch that? Instead of going to bed, his kid is pulling on his ears!!! I’m pretty sure most nights I’d snap, “Hey, cut that out!” But instead, BNH plays along with an epic game of “who loves whom the most.” He even pretends to let LNH win, only to stick around till he’s asleep & whisper,          “I love you right up to the moon — and back.”

I’m ashamed to say I haven’t read the book yet…though it’s at the top of my “to read” list. But based on watching the movie over and over as a kid, I just adore Matthew! He lets Marilla take the reins in raising Anne, but he’s unabashedly in Anne’s corner every step of the way, cheering her on, fighting for her, & stepping outside his comfort zone to do things like getting her a dress with puffed sleeves.

I loved these books growing up. But reading “Little House in the Big Woods” to my girls last year made me realize how truly difficult and dangerous their lives were, and how hard Pa had to work to take care of his family. No matter how exhausted he was, Pa was always pulling his girls onto his knee and telling them stories, or playing his fiddle to help them fall asleep.

5. The Man in the Yellow Hat from Curious George.

True, he’s not actually George’s dad…and in the very first book The Man captures George from his jungle home and takes him to a zoo. It was more than a little disconcerting. However, in all the rest of the Curious George stories we own, The Man is the quintessence of kindness and understanding. Honestly I have no idea how he manages to never lose his temper at all of George’s crazy antics.

6. Myles of Olau from The Song of the Lioness Quartet.

I’m veering a bit away from mainstream  books now & I know many of you may not be familiar with this series, but I love it! Alanna, the heroine, is brave and smart and strong and really the first awesome female protagonist I know of in a fantasy series.  At first, she disguises herself as  boy in order to become a knight, & Myles, her mentor, realizes she’s a girl but waits patiently for her to tell him when she’s ready. He helps her out on many occasions and eventually adopts her as his daughter, making her the heir to his estate.

Magyk, the first book in the series, opens with Silas finding an abandoned baby and sneaking her into the city to raise as his own. He was also once an apprentice to the ExtraOrdinary Wizard, a very prestigious job, but he gave it up to play a greater role in raising his family. I’ve not read the entire series yet, but in book one he gets to do more than fathers typically do in fantasy books where a kid is the main hero. 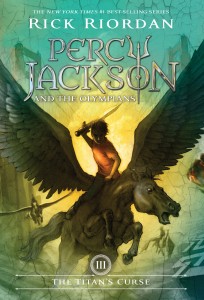 8. Frederick Chase from Percy Jackson and the Olympians.

Okay, so he’s a super minor character in the series, but Annabeth’s Dad stands out as a pretty great guy. In The Titan’s Curse Frederick gives his car to a bunch of teenagers who say they’re searching for his daughter, then he flies his own plane into a battle against immortal monsters & shoots several of them down with special bullets he made. Supposedly he & Annabeth go looking for his nephew in The Sword of Summer, Rick Riordan’s new book coming out this fall…I have no idea if that’s true, but if it is, I’m sure it’ll be awesome!

9. Hans Hubermann from The Book Thief.

Liesel’s adoptive father, Hans, is my favorite character in the book. If the only thing he did was get up with her every single night when she has nightmares & secretly teach her to read, he’d have my heart, but of course he does so much more than that.

I know, I already named a Harry Potter father, but I couldn’t leave out Sirius. He’s the first character whose death I can remember actually crying over. As his first act as godfather, he asks Harry to go live with him. Wouldn’t that have been awesome? But no. Anyway, Sirius does his best to be there for Harry from afar, then comes to Harry’s rescue & dies fighting for Harry and his friends.

What do you think? Did your favorite Children’s Book Dads make the list? If not, tell me who they are! 😀