From the time Artist was old enough to talk, we’ve been playing computer games with our kids. It’s something we love to do, so we’ve wanted to share that with our kids. At first it was as simple as Artist sitting in my lap while I played Guild Wars, cheering me on. Then I’d play Sims with her, letting her make all the decisions for what should happen while I carried it out. Eventually moving on to games where she was in control. 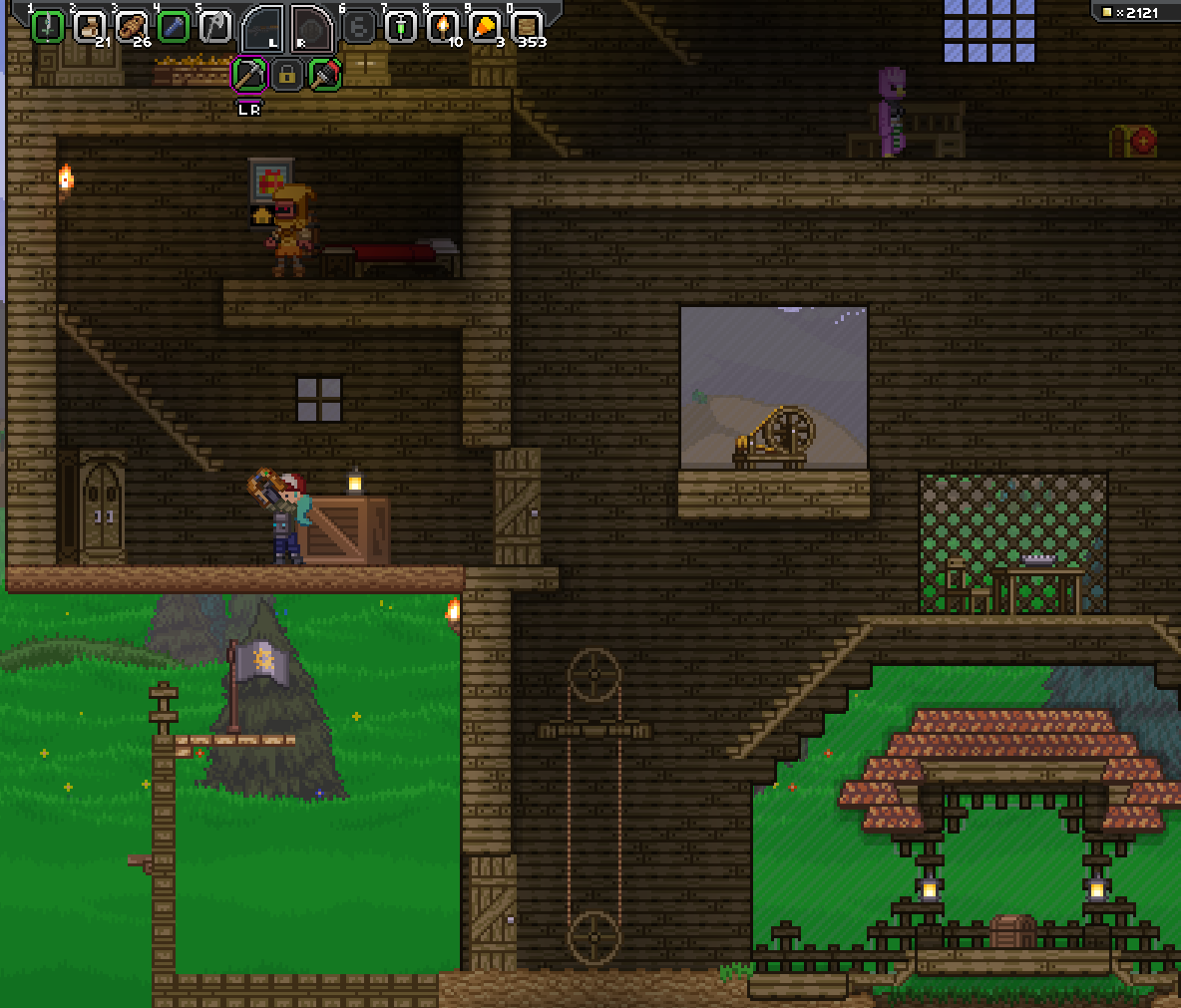 Right now Boo loves to sit next to me and tell me what to build in Warcraft III and then click on the monsters to fight, or duel me in Etherlords after creating a custom deck.

As soon as each of our kids was old enough to use a mouse and keyboard, we gave them their own Guild Wars account and teamed up with them to do quests. Artist has just started being able to follow the directions, use the compass to go the right way, and successfully fight monsters in order to do quests and missions alone, which she is quite proud of. 🙂

But our latest gaming addiction is called Starbound, and for the first time it’s one Artist, Boo, Mike and I ALL love! And while it’s complex enough that Mike and I never get bored, it also has lots of  stuff even Boo can do pretty well on her own, allowing us to all team up and have the geekiest family fun ever!

The thing that surprised me most, though, is how educational the game is turning out to be! I’ve honestly never been one to rigidly restrict screen time, so the first day after we got Starbound on each of our girls’ computers, I played with them almost all day. The only rule was that if anyone was anything  other than helpful and kind we’d have to take a break. Honestly, it was a super fun day for me. I had a blast!

In the game, you get to collect resources, fight monsters, build homes (or anything you can imagine), do quests, explore diverse planets, craft items, plant gardens, and on and on and on — the universe is your oyster! It’s apparently somewhat like Minecraft in that regard, though I haven’t actually played Minecraft.

It also has a story with quests and missions to complete, so it’s not just  a “sandbox” which I love! 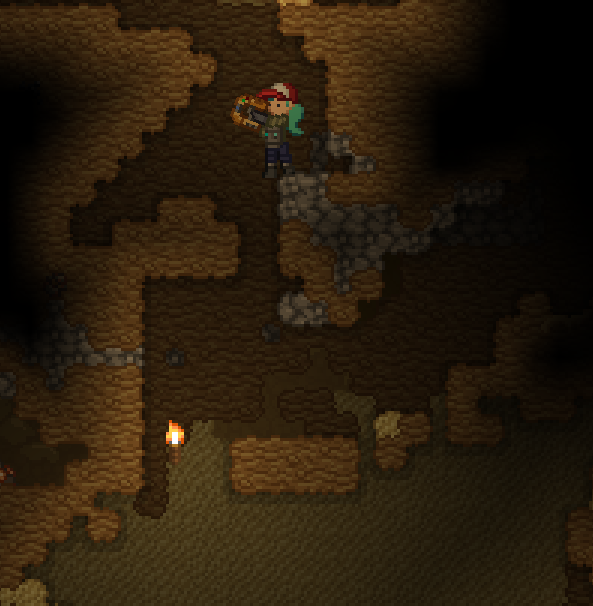 And  I really love how many skills my girls are practicing all the time when we play. From problem solving how to keep from falling to your death when exploring underground caverns, or how to create  a way to reach your destination, or…well, there’s LOTS of problem solving required, actually. There are also lots of opportunities for kids to work on attention and memory. For example, there are quests that require you to collect numerous items then go back and turn them in, and when you want new armor you have to determine which materials are required to craft it, gather them, and then do the actual crafting.

Far from mindless entertainment, Starbound (along with many, many  other computer games) makes you think! You have to remember how to apply bandages and switch weapons and dodge enemies and prevent falling damage, and apply that information quickly after analyzing a situation. If you keep dying, you have to evaluate whether you just need more practice or if you actually need a new weapon or armor or if the planet you’re trying to run around in alone is one where you’d be better off with a buddy. There are a plethora of opportunities to create just about anything you can imagine. Which pretty much covers every knowledge-based skill in Bloom’s taxonomy. 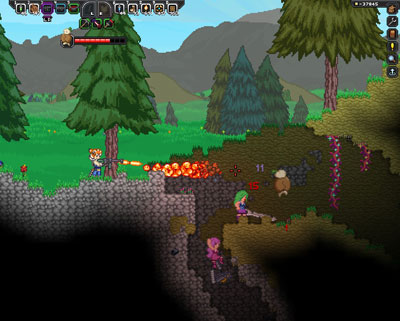 In order to keep track of all the supplies you gather and whatnot you have to be super organized…sometimes annoyingly so for a type B personality like myself, so yes, I’ve been working on improving my organizational skills.

To login to our server she has to spell her full (first) name. After a couple days of asking how to spell it every time, she finally remembers on her own! YAY! She also learned how to spell “door” on the first day of playing so she could craft one on her own!

Not to mention, though I already did,  it’s FUN! Call me a bad mom if you want, but playing Chutes and Ladders or Candy Land make me want to pull my hair out.

I love being able to enjoy  doing something with my girls, rather than having to endure  it. 😀

The Family That Games Together

4 thoughts on “The Family That Games Together”

Leave a Reply to annette @ A net in Time Cancel reply