Hello Lovelies. Sorry I’ve been a bit neglectful in posting here. I had the opportunity to read an advanced copy of The Speed of Falling Objects by Nancy Richardson Fischer courtesy of NetGalley and Harlequin TEEN. While I was granted the ability to read it for free, in exchange for my honest review, all thoughts are my own. 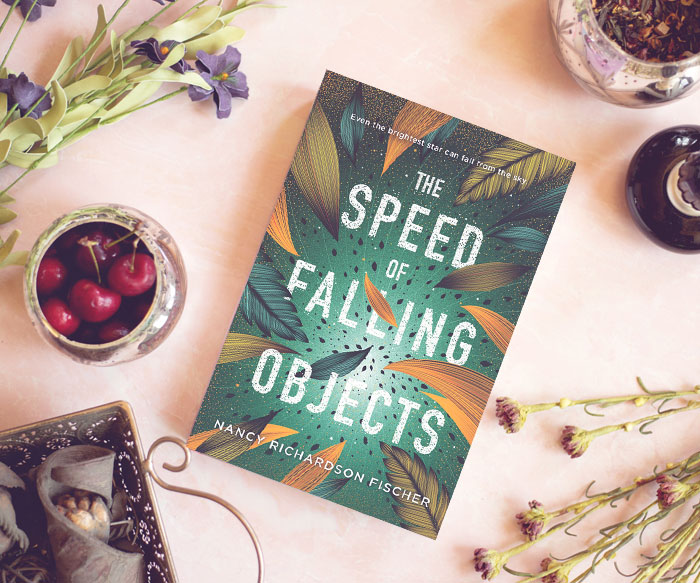 Here’s the thing…I literally can’t give this book fewer than five stars because it’s the first one in probably at least a decade that I accidentally stayed up all night reading because I literally couldn’t put it down. (Okay, I did put it down once, at about three in the morning, to try to sleep, but I couldn’t stop thinking about it.

The most important factor to me, about this story, was the voice. Regardless of anything else, the voice was so gripping that I kept getting utterly caught up in the story. I don’t actually think I’d have ever picked it up if I’d realized that this wasn’t a cute contemporary like I for some reason had assumed it was, and that it was instead an adventure/thriller story set in a rainforest filled with horrible creepy crawlies constantly trying to kill everyone. I’m glad I read it, though. It was intense, and heartfelt. The main character’s personal growth was beautiful to watch, and I was definitely rooting for her and her friends. I wasn’t actually the biggest fan of the romance, but that was a small portion of the story. I would perhaps rate it 4.5 stars overall instead of 5 because of the romance portion, if it hadn’t been the only book that had captivated me so utterly in such a long time.

I would recommend it for fans of The Sandcastle Empire (minus the sci-fi elements) and the show Lost, and thriller fans in general. It was incredibly gritty and vivid and raw. A fantastic read, even if I do end up drinking every bit of coffee I own today to stay awake, lol.